Ever considered investing – but then given up, put off by the sheer complexity of it all? If so, we suspect you aren’t alone. And from a wealth manager’s perspective, there’s an untapped opportunity here…

Naturally, as someone’s wealth increases, so does their desire to invest. But it takes more than just investable wealth for someone to take the plunge and make investment decisions…

There’s also a crucial need for effective guidance – the ‘hand-holding’ which builds the client’s confidence, and demystifies the often bewildering range of products, wrappers, and providers on the market.

Broadly speaking, the affluent segment is well served in this regard. With the greatest access to financial advisors and personalised wealth management services, this segment has typically been well positioned to make informed investment decisions.

There’s a sizeable population base with significant investable assets, but a relatively low tendency to invest. How do wealth managers tap into this opportunity?

This may not be so true of the mass affluent. Roughly 10-15% of UK households fall into this bracket. For these, retail banks’ wealth management services achieve a penetration rate of merely 5-7%. In the mass affluent, then, we have a growing segment, who are less confident investors than their affluent counterparts, and less likely (or able) to seek financial advice.

So, there’s a sizeable population base with significant investable assets, but a relatively low tendency to invest. How do wealth managers tap into this opportunity? Step one is to identify people’s barriers to investing.

Recently, we surveyed 450 financially savvy non-investors to understand exactly that…

It’s clear that a range of factors are at play. But which of these levers can a wealth manager really pull, to attract potential clients? Some situational factors are naturally difficult to influence: particularly a client’s risk appetite, and their availability of funds to invest.

But what about those who say they’re ‘overwhelmed by options’, or that it’s ‘too much effort’? The survey indicates that this is a significant barrier, especially among the mass affluent – see the anomalous bar we’ve marked out above.

“In the mass affluent we have a growing segment, who are less confident investors than their affluent counterparts, and less likely (or able) to seek financial advice.”

Part of the answer lies in bridging the ‘advice gap’, which has been the subject of much regulatory discussion in recent years. Technological developments such as robo-advice are beginning to fill this gap. But we think there’s also a more straightforward answer. It’s about properly understanding the mass affluent customer’s needs, and delivering a simple proposition to meet them.

In the survey, even financially savvy respondents said they’d been put off by a convoluted client journey, or a dizzying list of funds to pick from. Looking at what’s offered by some of the larger, more traditional wealth managers, this is little surprise.

At one end of the spectrum, we have fund supermarkets, aimed at the most sophisticated investor who’s happy to select from a large array of options. For many, this apparent freedom leads to choice paralysis. At the other end, we have simple discretionary providers. These may offer ease of choice and a convenient platform, but it’s often at the cost of a well-tailored product.

How, then, do we find an effective middle ground to capture the mass affluent?

Look outside your company and even industry for the latest innovations and new ways of doing things. Don’t be constrained by legacy thinking. And focus on three simple ideas… 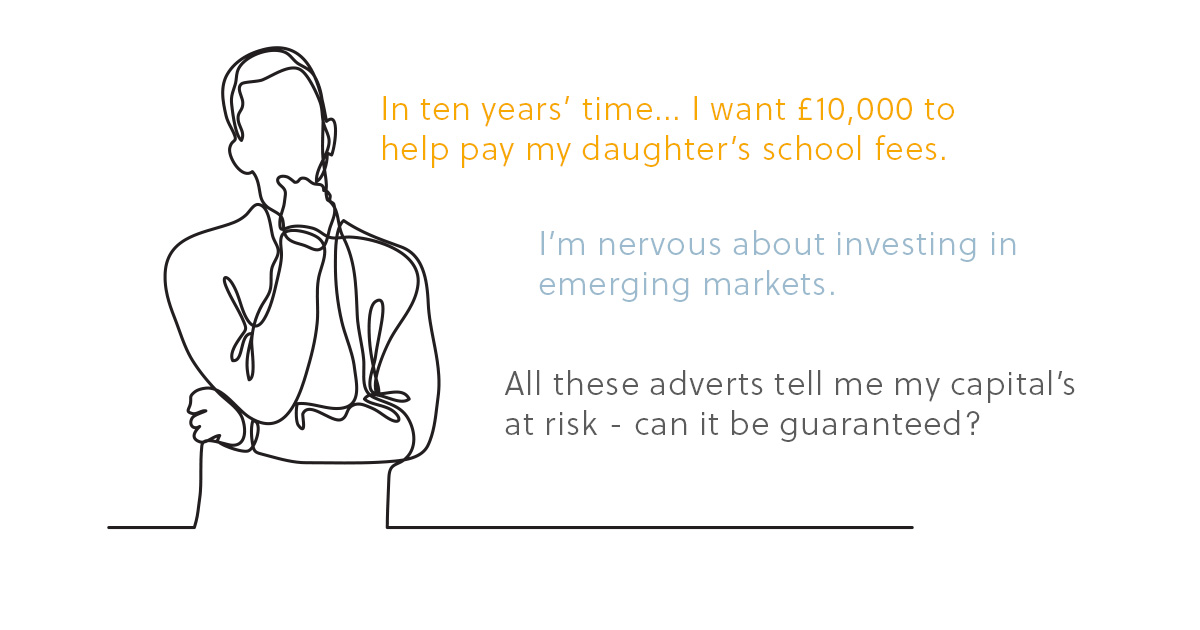 There’s a clear precedent for revenue-sharing arrangements between retailers and insurers: perhaps wealth management firms can learn from this.

In fact, we’re helping a major insurance and investment company explore exactly this, as they define their product of the future…

Surviving disruption:
how fit is your business?