One of the biggest benefits of being on the ground in Silicon Valley is the ability to completely immerse yourself within the community networks that have collectively come to be known as the ‘innovation ecosystem’. Potentially the most active and exciting of these human networks is the blockchain community of academics, entrepreneurs and enthusiasts, which hosted it’s ‘2017 New Context Conference: The Social Impact of Blockchain’ in our co-working space on Market Street just last week. While it would be a slight exaggeration to say that I followed all of the presentations word-for-word (/bitcoind-debug=bench – you lost me) there were some key takeaways which felt worthy of sharing.

Blockchain is not new to us. We’ve written about it before and have a strong relationship with a number of blockchain enabled startups both here in Silicon Valley and in London. However, one of the biggest problems with blockchain is accessibility. There is no denying that the technology is complex and that as soon as someone says the word ‘cryptography’ or ‘decentralised ledger’ you’ve lost the attention of half the room. It’s a problem I’ve seen our clients face, it’s a problem I’ve faced myself. My biggest learning in this sense has been two-fold.

1. The fundamental values of blockchain technology aren’t complicated – you just need to find an effective way of communicating them

In addressing this, full credit must go to speaker Tess Rinearson, a fantastically talented engineer at Chain, who is also passionate about growing the Blockchain community and educating young people, particularly young women, on ways in which they can get involved. She presented the below story of everybody’s favourite blockchain duo Alice and Bob and it was on hearing Tess present this that the the penny (or should I say bitcoin) finally dropped.

As Alice and Bob demonstrate, through the use of encryption, blockchain offers users a way of communicating that is not only secure and transparent, but that does not require a central body to coordinate – i.e. it is decentralised or distributed. In this scenario, Alice and Bob do not have to pay fees to transact, the exchange happens in real-time and all they need to participate is a key and access to the internet. Simple.

[If you’re looking for a more comprehensive introduction to how the blockchain works, you won’t find one here because I’m about to argue you don’t need one. If this isn’t to your satisfaction, then you can find a list of more in-depth recommended reads at the bottom of this page…]

2. It doesn’t matter if you don’t understand how the blockchain works.

Top marks if you do and I bow down to you, but while (to the point above) a conceptual understanding of blockchain is obviously important, understanding that ‘./bitcoind-debug=bench’ is the code I would use to run a node is superfluous. What’s more important is understanding the opportunities the technology presents, as well as the risk and limitations that come in parallel. The reality is not everyone who works in business has a computer science degree and neither does the speech community of C++ (the coding language in which the bitcoin blockchain’s source code is written) extend its reach far beyond the world’s university dorm rooms or most thriving innovation hubs. What we need to come to terms with, however, is that’s ok.

One of the most striking things throughout the day was the frequency with which speakers drew comparisons between blockchain and ‘the internet’ as comparative technologies. Some examples…

They make a good point. We all use the internet, day-in-day out, but how many of us actually understand how the internet works? Not very many of us. This is likely still the case for even the proportion of individuals who make a living from the internet. We don’t need to understand how the internet works because over the past 30 years engineers and entrepreneurs have worked tirelessly to improve accessibility and usability. They have worked to build a layer that sits between us, the end-user, and the base technology that allows us to yield the benefits of the network without having to read even a line of code. The same will happen for blockchain, we’re just not quite there yet.

The questions of accessibility and scalability go hand in hand, and are some of the most important questions occupying the blockchain community right now. Innovators such as those pioneering the ‘Lightning Network’ and the team at ‘Blockstacks’ are attempting to meet these challenges head-on, building solutions that will revolutionise the way the end user interacts with blockchain.

“It doesn’t matter if you don’t understand how blockchain works.”

As well as getting to grips with the benefits of blockchain at a conceptual level my other biggest takeaway was realising that blockchain wasn’t all about bitcoin and hearing the fascinating way in which even leaders in the field were struggling to untangle them from one another. Panellist and prominent blockchain developer Thaddeus Dryja openly (and reassuringly) admitted ‘I’m still not really sure what ‘blockchain’ means’…

[With that in mind, the untangling explained in the crudest possible way:

The blockchain is the underlying technology, built by a network of users (sometimes called nodes). There are many blockchains, run by separate networks of users. Some of these blockchains are public, others are private. Bitcoin (a cryptocurrency) was the first application of this blockchain technology. As a result, the ‘bitcoin blockchain’ has emerged as a dominant blockchain due to both its scale and subsequent reliability. The ‘bitcoin blockchain’ is not reserved exclusively for bitcoin transactions, but rather is a distributed network across which multiple data transactions can occur. This distributed network is often called a decentralised ‘ledger’ because of the way in which the blockchain records the transactions. Phew.]

Lily Liu, CFO of ecommerce payments startup, 21, made the interesting point that ‘Bitcoin is relevant right now, but so was MySpace at one point’. While causing a reasonable amount of debate among the rest of the panel, my take is that this is something we should be considering seriously. That’s not to say I think Bitcoin’s against the clock, but rather that the full suite of use cases presented by the application of this technology is still very much being realised. Smart contracts, secure voting, identity verification, diamond certification, the list goes on, not to mention the plethora of initiatives that are on the horizon when you further draw the distinction between public vs. private blockchains.

“Bitcoin is relevant right now, but so was MySpace at one point.”

The course of blockchain is still being shaped. The future of the technology is not set in stone (or diamond, for that matter) and its final form will likely look much evolved from its current state. With the longue durée in mind, it might be wise that anyone with more than a passing interest focus their attention on the underlying technology (that is the blockchain) and the ways to harness its potential, rather than blindly chasing the ways it is currently being exploited, or pondering the intricacies of C++.

That said, speed is still of the essence. While we, as the eventual end users, must sit and play the waiting game, no doubt the first to truly master blockchain in whichever guise, will surely reap the biggest reward. 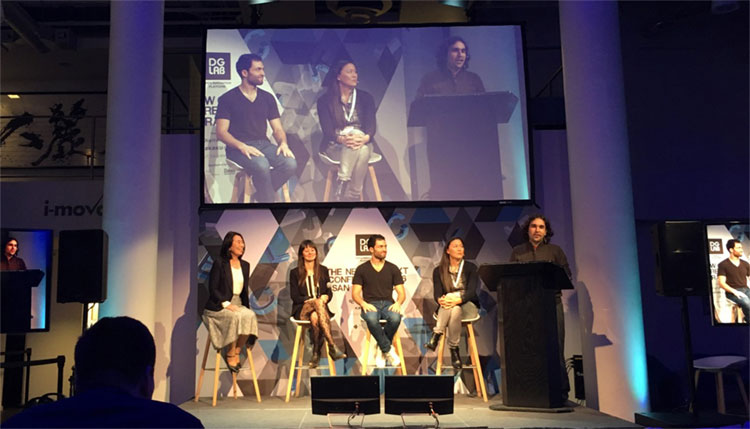 For those concerned about the business implications, The Wall Street Journal offers a more comprehensive introduction as to the ins and outs of blockchain, targeted at CIOs

Dieter Halfar, The Blockchain Series Ongoing (as long as you want)

For those still hungry for more, Elixirr partner, Dieter Halfar, explains ‘why bitcoin’, the key design principles and how to authenticate ownership in a decentralised system

Dominic Frisby, Bitcoin: The Future of Money Published 2014 (ideal for your commute)

For those of you who can’t quite fight the bitcoin/blockchain association, Frisby offers an easy-to-read introduction into the origins of blockchain and the ambiguous future of cryptocurrencies